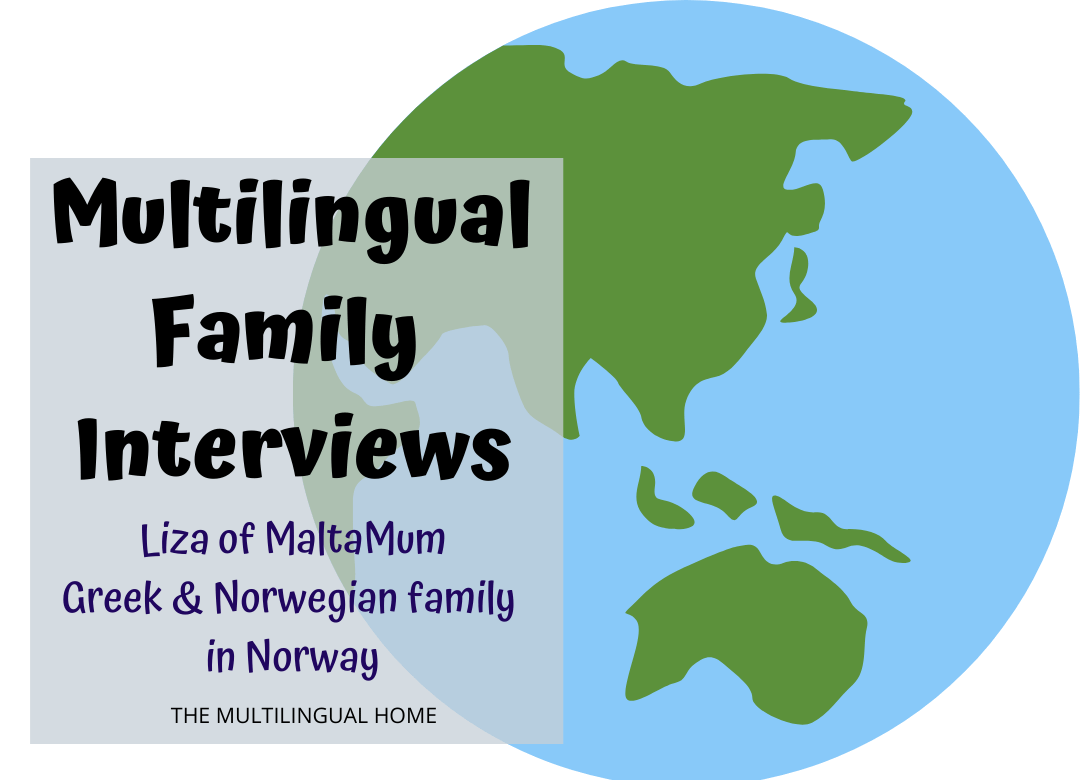 Tell me about your multicultural journey. Where are you from?

I was born and raised in Greece. My trips abroad begun when I was 12 years old, and the first place I traveled to was Paris, France. As destiny would have it, that was also the first ‘foreign’ place that I called home. It’s quite common for European university students to apply for Erasmus scholarships and get to study abroad for a while, and I was lucky enough to go to Paris when I was 22. It was a liberating experience and fueled my wish to recreate this kind of experience; getting to live in different places
rather than just being a tourist. As a person, I tend to crave deeper bonds both with people and places.

After the months spent in France, I went back to Greece for a year. Then I found a job abroad and moved to Malta at the end of 2006. This is where I met my now-husband, a Norwegian national. Late 2008 we were both working home-based, and we moved to Barcelona, Spain for about 8 months.

Decisions were made, Roy wanted to launch his own business, I started freelancing for a magazine next to my full-time job, and I got accepted to study for a Master’s degree (distance learning, Liverpool, UK). We moved to my parents’ country house in Greece for a while to save on expenses and avoid distractions.

Later on, we moved to Norway close to his family for half a year, backpacked for another half a year in Asia, Oceania and the Pacific, and then moved back to Malta. We got married there and had our first kid.
It’s been 4 years now that we live in Norway, close to the paternal grandparents, and our second kid was born here. Since we had the kids, we spend months at a time in Koh Lanta, Thailand during the European winters and summers in Greece.

How many languages do you speak?

I speak Greek, English, French, and a tiny little bit of Norwegian.

How many and which ones do you speak on a daily basis?

I speak English and Greek on a daily basis. It’s been about 15 years that i don’t use French in my daily life, and now it’s a bit rusty. My kids speak Norwegian with their dad and people in our community.

Yes, the kids are fluent in Norwegian and Greek, and they have both acquired English. Erik (6 1/2) understands and speaks English and Nelly (3 1/2) understands but chooses to respond in one of her other languages.

Do you homeschool, if so, how do you incorporate the languages into learning ? If not, do your children attend a bilingual or multi-language school?

The kids attend a public elementary school and pre-school. They’ve learned to speak the languages via exposure. This is our normal, these are the languages we need to communicate, and they’ve been hearing them daily since they were in the womb. I find it helped immensely that they didn’t attend preschool before they turned 3 years old, and the basis for the minority languages got established during early childhood. Erik goes to the 1st grade and they’ve started already learning English as a foreign language. The kids will learn how to read and write in English at school. I hope they will also show an interest to learn how to read and write in Greek, and if and when they do, I would be more than happy to
teach them.

The biggest challenge had been when we moved to Norway from Malta. Erik was close to 3, his least developed language at the time was Norwegian, and we were expecting our second baby. He started attending a preschool, Nelly was born, he was upset with me, and we didn’t spend as much time together as we used to. He had already dropped English at that point, and he regressed in Greek which caused a real problem in our relationship as i didn’t speak any Norwegian at the time; we couldn’t communicate properly in any language. I wrote about this experience on my blog here.

The biggest success I guess would be that I am feeling very content with the way our life has unfolded. We’re in a good place as a family.

Languages are communication vehicles. If there’s a need, if it’s fun and gratifying, there are more chances that our kids will embrace them and try to use them actively. Language acquisition is a work in progress, and like most things in life, the learning curve is not linear. My personal take is that it doesn’t matter if my kids don’t speak the minority languages as perfectly as natives do. Can we communicate effectively? Can they talk to their grandparents and play with friends in Greece? Can they make themselves understood in English when we go to other places like Thailand and make friends? Do they feel comfortable to come and share with us their joys and troubles? This is what matters. Our languages are here to help us build a solid relationship with our children and them with the world.

It really depends on each family’s needs. My kids for instance needed to learn Greek so that they can form deep relationships with my family and friends. Also, as a mum, I found it unnatural to talk to my own kids in any other language than my native one. Other than that, I find it is very important for kids who don’t grow up in English speaking communities to become fluent in English, the global, common language that acts as a “lingua franca”.

You can find about more about Elisavet’s books “Where am I From” and “How to Raise Confident Multicultural Children” here in an interview and review of the books.

Elisavet Arkolaki is the author of the world’s first, freehand graffiti-illustrated children’s picture book, ‘Where am I from?’ and the curator of the guide ‘How to Raise Confident Multicultural Children’ . Accompanying the children’s book is a range of FREE resources to help raise future global citizens.

The trickiest question you can ask Elisavet and her family is ‘Where are you from?’ because they are from everywhere! Passionate about travel and inspired by global learning, she raises her own children in between countries, cultures, and languages. She writes to build cultural understanding and sensitivity in
young children while they are still eager to learn. She graduated from the University of Liverpool with a degree in Global Marketing (MSc), the University of Athens with a degree in French Language and Literature (BSc), and was awarded a certificate of proficiency in English from the University of Cambridge.

If You Would Like Your Family To Participate In An Interview, Please Contact Us Here, We Have Many Spots Available In 2020.