Why we stopped speaking French at home ? 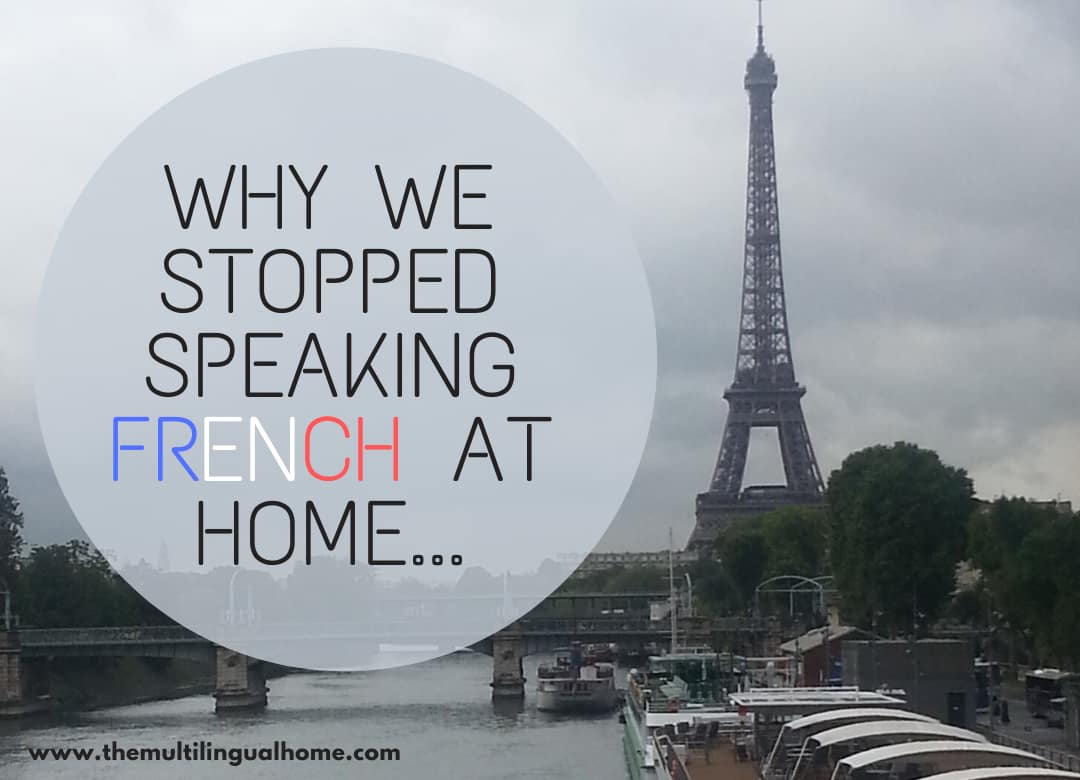 Due to different circumstances, we have decided to stop speaking French, the community language, at home. Instead, we are going to be putting more focus on our minority languages (English, Turkish, Arabic, Kurdish and Zaza).

Why are we doing this ?

One of the reasons was after reading last month’s multilingual family interview in which Amy shared her children’s struggles with their minority languages. I saw those same struggles in my kids and I decided that we would stop speaking French at home and see what would happen.

For example, I recently noticed that both of the older kids have been speaking more in French than the two main minority languages. Even, The Turk noticed, that when they were speaking Turkish, they would replace words they forgot with those in French. Often, I found the kids would refuse to speak to their grandparents on both sides, maybe due to language.

What is our plan ?

I recently signed up for a course titled “Raising Talkers” by Weronika from Multicultural Motherhood in order to learn more about multiple language learning for kids. I will be sharing more about this course soon.

Here are some gems, I learned from the first Q&A from this week :

Speak the first language or the language you feel comfortable speaking to your child.

With a second language, a child could pick up on mistakes you make in that language.

— Weronika Ozpolat of Multicultural Motherhood and through her course, “Raising Talkers”

If a child understands a language when little and they stop speaking it for a certain time, they should be able to pick it back up withouth any problem because they learned how to understand it.

But what about speaking French…

It may come as a shock to some of you because I moved to France in order to be able to learn French and because at one point in time I loved everything French. Now, I have a love-hate relationship with France, but we can talk about that later…

We will still speak to the children in French when out in the community and when it is absolutely necessary. Also we will code-switch (ie. switching between languages) when we need to. For example, if I need to pass some quick information and I prefer that the people around us don’t understand, I could speak in another language and the kids would be able to understand.

It has been a week since we have cut French out from our home. Sometimes we have defaulted back to it. I have actually caught myself talking to the kids more in French.

The Turk and I are reminding the children constantly that we don’t understand when they speak French, and about 80% of the time, they will respond back in the language that we are speaking. I will update you in a few months on our progress

So, there you have some of our reasons why we have decided to stop speaking French and to start speaking our minority languages more.

What does it take to raise bilingual when you are a non-native parent?