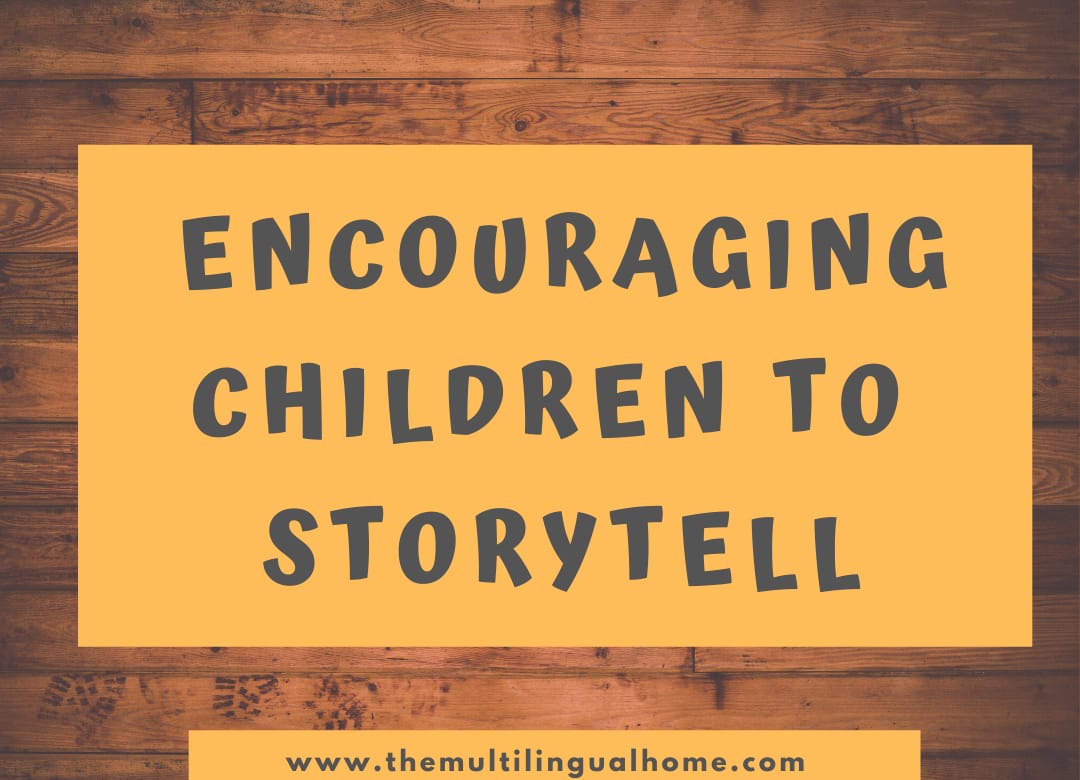 Story telling fosters creative thinking, improves language skills and teaches presentation skills. It is very important that we encourage our children to story tell no matter how far fetched the tale may seem!

Mr. Z picked up a book about airplanes and while I was cleaning up the kitchen, he told me he was going to read a book. Miss F said “but you don’t know how to read, how are you going to do that”. She continued going on about how she is the only one learning how to read in school. I told Mr. Z not to listen to his sister and he told me his story. Each time he turned the page, the plane or the people in the airport were going on a new adventure.

Yes, it may not have been what was really going on in the story, but that’s perfectly fine. He was pretending and imagining what was going on. He is finding a way to tell a story based off the pictures he sees in the book and his experience with planes.

As for Miss F, I told her that she used to do the same thing when she was younger and still does. It didn’t matter if what she was telling me was on the page or not. It was the connection and bond that was being formed. I told her she was just jealous anyway that I was paying attention to her brother at the moment. I invited her to read or tell a story later in the day.

In order to engage our attentions, kids pick a story with a grasping plot, some unique characters and they always have to think about what comes next. Thinking up a story that no one has heard of before is their objective!

I forgot to mention above that the story was in 100% French. When Mr. Z did not know one of the words for the pictures he was describing, he talked about what it looked like with words for shape, color and size.

The story teller sets the scene with the voice tone, hands and body language.

A friend of mine on Instagram recently recommended these create a story cards.

Disclosure: This post contains affiliate links. If you click through and make a purchase,The Multilingual Home receives a small commission at no extra charge to you.

For more advice on story telling check out : Adam from Bilingual Monkeys.

What are some ways that you encourage your children to tell stories ?

10 Reasons to Read to Your Child

How to Create a Reading List for Busy Muslim Moms?