6 Ideas for things to do long distance with grandchildren 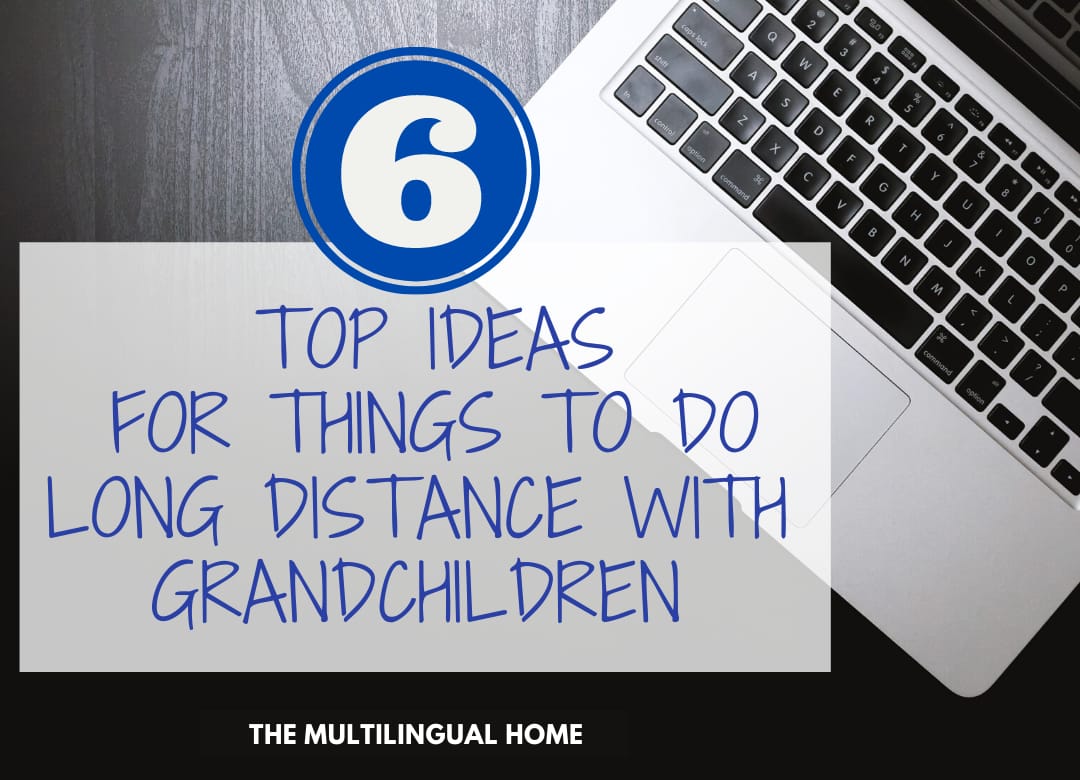 This is a guest post written by my parents. Since Covid-19 and confinement, we have been trying to find ways that grandparents can still be active with their grandkids especially in the minority language from a distance. Below are their ideas for kids ages 5 and up!

We are Dotty and Charlie and are the proud Grandparents of three rambunctious, beautiful, brilliant grandchildren. We love them to the stars and back. Sounds ordinary, but the rest of the story is, they live in Paris, France and we live in Kentucky in the USA. We speak English; they speak a combination of French, Turkish and English. There is never a dull moment or lack of things to talk about when we video chat, but we all love games and music.

Here are some of our favorites:

Family Sing Along – all ages

Have a Dance Party – have everyone get the appropriate music together ahead of time.

Do you have a suggestion of an activity to do long distance with your grandchildren or grandparents?