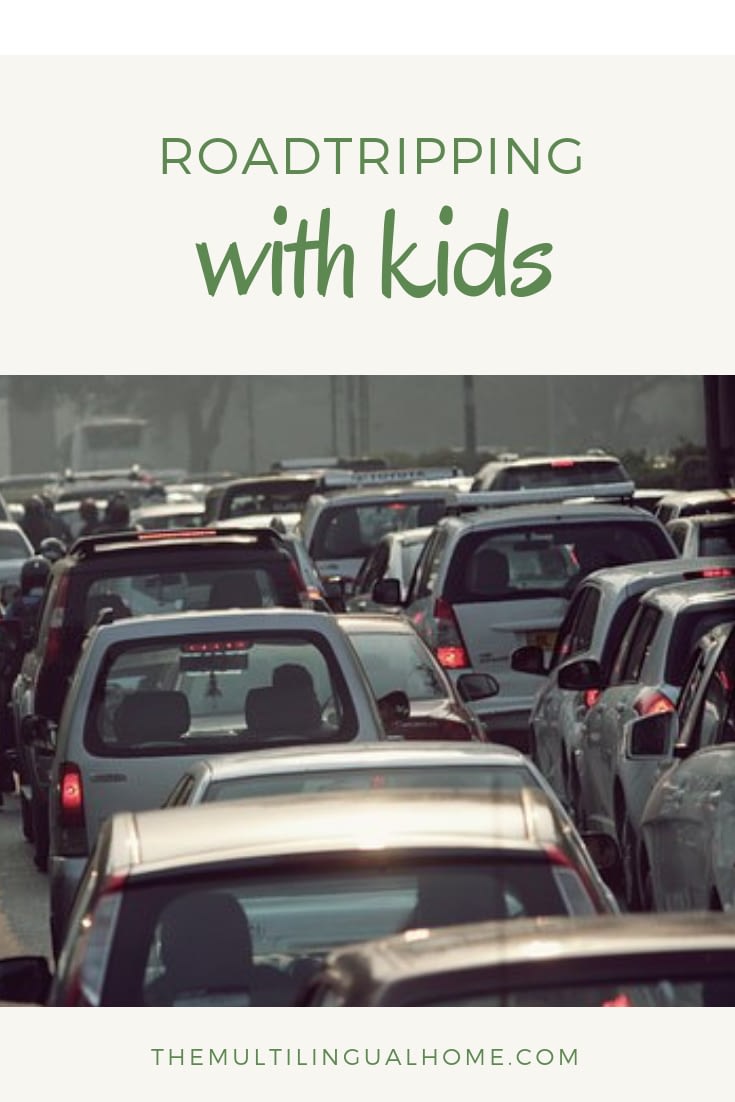 This year, we have taken many road trips with our kids. We went to  Frankfurt, Germany, the Normandy Coastline and Geneva, Switzerland. We are also planning a ski trip to the Alps for end of December. Our 2019 road trips with kids will include Belgium, Holland and maybe Spain. Also eventually we will end up driving to Turkey instead of flying one year, probably in 2020.

Our last road trip with the kids to Switzerland was supposed to be six hours ; but you know with kids you have to take into account the stops which are a minimum  of twenty minutes because they always have to involve food and the bathroom. Or mom might need a Starbucks coffee (but it was really expensive!) Also, it is a good idea to plan some activities in the car because you know that you’ll hear “are we there yet” and no parent wants to keep hearing that for an hour or more

Our oldest two are old enough to pick out some stuff to do in the car. But, I had to put a limit on what to bring because they were stuffing their backpacks full of stuff they wanted to show their cousins. I reassured them that the cousins had toys so they didn’t need to bring theirs too. I also warned them that if they ended up bringing toys and said toys got lost or taken, that I was not going to be held responsible for it.

For example, Miss F brought some coloring books and crayons, because she loves art. Mr. Z had some cars and he also ended up bringing a game that I only noticed later on. We didn’t play it but he invented his own game where he takes the cards out and puts them back through the little slot. He called it getting money out of the bank and putting it back in.

Below I have 5 tips on how to road trip with kids.

Tips for a Road Trip with Kids (in Europe) :

Bring snacks that are easy to clean up like apples and pears (pre-cut are easiest) and pretzels. Also remember to bring extra bottles of water.

2. Pack a picnic for the rest stop

Pack your picnic blanket and basket full of delicious goodies : like bread and cheese to make sandwiches, or peanut butter and jelly, cherry tomatoes and carrots, a bottle or two of juice. Pack only the food you know you will eat.

3. Map out your route to include rest stops before you go.

FIgure out how you will get to where you are going and have a backup plan in case the GPS fails or there is a traffic jam. Map out rest stops with a picnic area and gas station.  In Europe, not all rest stops include a gas station and store. The signs are pretty good at telling you which upcoming rest stops include what and how many kilometers away each one is.  Also the bathrooms may just be a hole in the ground or a squat potty, something you may not want to deal with when you have kids, so pick the stops attached with a gas station. 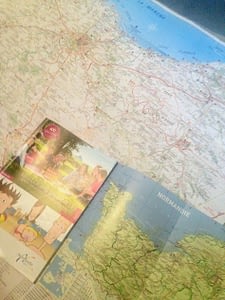 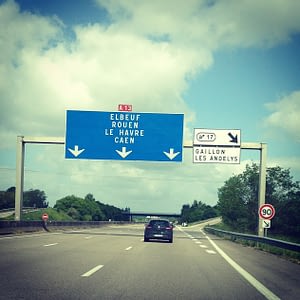 4. Have some fun activities and games to play.

5. Let the kids rest, do not wake them up

Since stopping takes a minimum of twenty minutes and you are all anxious to get there or home, do not wake them up if they are sleeping. If you don’t need to use the restrooms or get gas, keep going – you can stop when they are awake.

Do you have some other tips to add to the list ?

Where is your next road trip with our kids ?

How to Print Apples with Kids