Our Language Strategy at Home 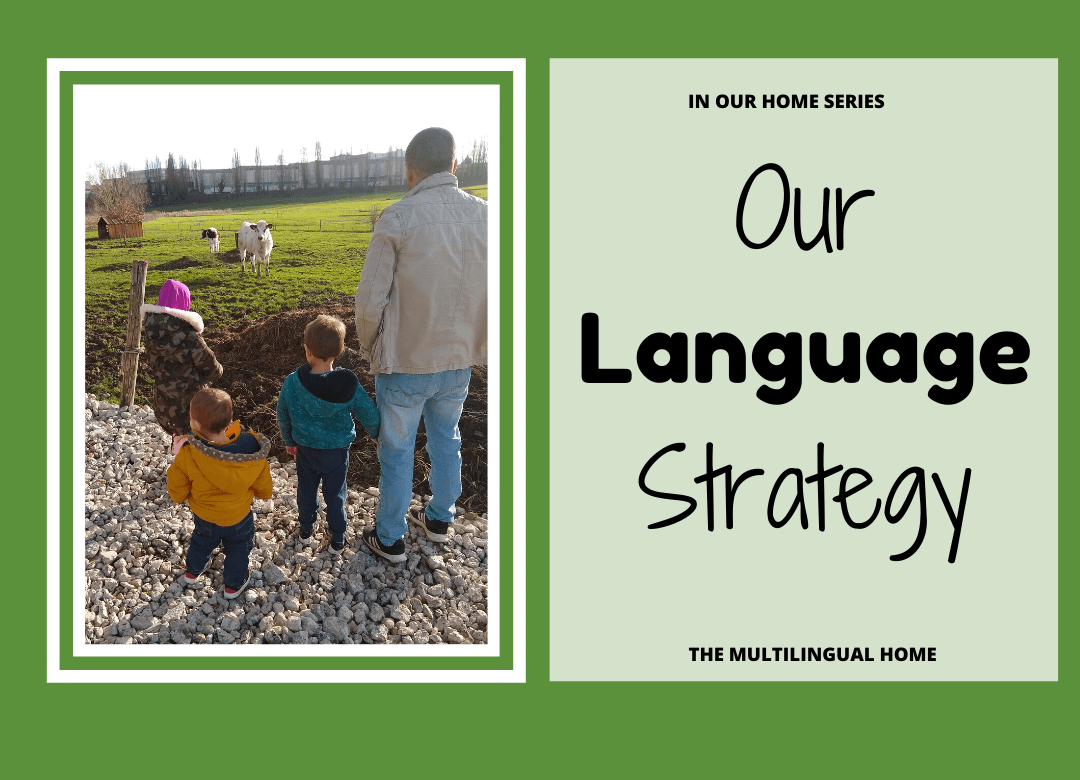 For those of you who don’t know us, we are a multicultural (American and Turkish) and multilingual of English, Turkish, Kurdish, Zazaki, French and Arabic speaking family living in France.

Our Language Strategy at Home

Before we decided which language strategy we wanted to use for our family, we first made a list of goals we wanted for each language.

After we made a list of goals, we moved on to how we are going to incorporate these languages in our daily life.

English will be exclusively spoken with me

Arabic vocabulary is reviewed on Tuesday and Friday afternoons. We review Quran as a family after every Islamic prayer.

French is only spoken during homework time. Even though it is the common language for my husband and I so we are only allowing oursevles to speak it after the kids have gone to sleep. This isn’t always the case, French does trickle into dinner conversations, but we have a way which I describe below how we enforce our minority languages to be spoken.

I’m not sure of the exact name of our language strategy but I would say it is a mix of One Parent One Language and Minority Languages at Home. Sometimes when we are out in public, both my husband and I will continue speaking our native languages or speak the language that is most appropriate for the situation we are in. I will share more about why it is important to pick a language strategy at a later date.

Our Kids and Translating

Since The Turk and I are trying to exclusively speak our own native languages to our kids when we are both around, I imagine you are wondering how do The Turk and I communicate? When we sit at the dinner table for example, the kids explain one thing to their Baba in Turkish and then if I’m interested in knowing about it, they are to translate it to me in English. It may seem a little complicated and feel like a long process to get to the point of the conversation especially if we are telling jokes, but it has actually worked out for us and improved our kids vocabulary at the same time.

For example, we were talking about seeing a brown animal with horns while we were in America, which I corrected as a deer. Mr. Z tried explaining to me an animal that flies like a bird but is small, the word he was trying to find was a butterfly. Having them translate for us encourages them to use their descriptive words and learn how to form sentences.

We made these flags on a canvas for another project but we are giving them a second use as reminders for which languages we speak at home and which one we leave at the door. I learned about this concept from Amy at OurMLHome, check out her post to know more.

How has this strategy worked so far?

Negatives of Our Language Strategy

Some negatives that we have seen since the confinement is that we are forced to speak more French at home. As much as I have tried to avoid it, for example we learn math in English or Turkish, I have become Miss F’s teacher to help her learn to read in French. Also despite our best efforts to speak our respective language to our children, The Turk and I have been speaking French more since he’s home from work and sometimes the kids have decided to join in the conversation.

Positives of Our Language Strategy

Some positives that we have seen are more exposure to native languages, more time to dedicate to learning by interest, baking more with kids and using vocabulary related to practical life. Some of their current interests are butterflies, princesses, castles, dinosaurs and volcanoes, see Instagram post below.

Since our four weeks in confinement so far, our language strategy has seemed to be working very well despite having to remind the children sometimes to switch to the right language. I am very thankful for having this experience at home with them as we have been enjoying more activities and fun as a family.

What have you noticed about your language strategy during the Covid-19 confinement?