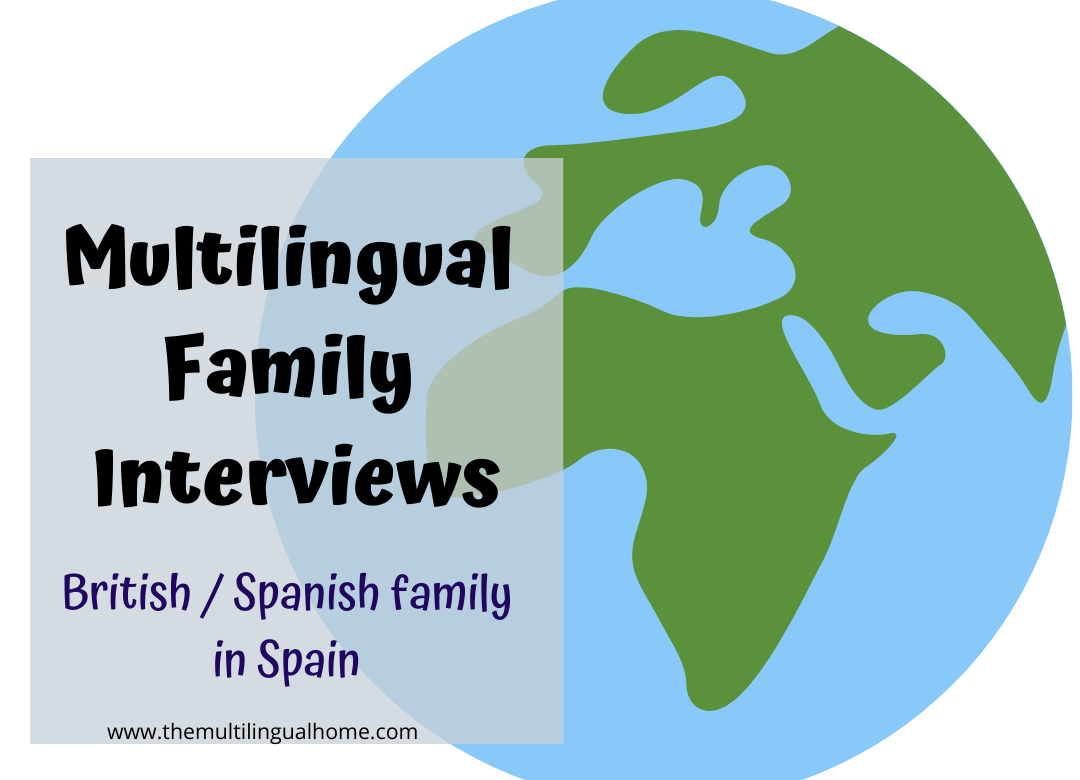 My name is Nina. I´m from the UK but have been living in Spain for 15 years with my British partner. We have a 7 year old son who was born here in Spain. He was officially diagnosed as being on the autism spectrum when he was 6.

I only teach my son my native language which is English.

If not, does your child attend a bilingual or multi-language school ?

The school my son goes to is a Montessori type school with learning based on play and experiment. Classes are taught in Valenciano Spanish with English and Castellano Spanish as additional languages. His first school taught only in Castellano Spanish but being the only foreigner and being on the spectrum meant that inevitably he was bullied. We didn’t know at the time as he couldn’t communicate. We just knew he was unhappy at school and wasn’t integrating with the other children. When he was almost 5 we moved to a different part of Spain, to a school with a larger mix of nationalities. It´s proved to be the best move we could have made for him. He is a completely different child now.

The worry about if we are doing the right thing for a child who already struggles by putting him into a multi-lingual school. I´ve had the mom-guilt. I´ve been eaten up with fear about whether or not he can cope. I watched him as he struggled to make friends and to communicate. I´ve cried so many times wondering if I should take him back ´home´ to the UK to a single language school But I realised that’s not his home. His home is here in Spain and the biggest challenge of all is to be there 100% each and every day for him. No matter how tired I am. No matter what my day has been like. No matter what else I have to get done I am here for him 100%

Do you think your child’s autism has hindered or encouraged his language learning ?

100% it hindered to start with but actually just because a child doesn’t use a language doesn’t mean they don’t understand it. It doesn’t mean they are not capable of learning it and it certainly doesn’t mean they are not taking it in. The biggest thing with it for me is that when he meets someone whatever language they initially speak to him in is ´their language´. In his mind you can´t chop and change, you speak either English or Spanish for example, not both, and he struggles when there is a group of people speaking more than one language. But he is actually very good at languages and because children with autism find fixed things easy to cope with (so letters, words, numbers etc) he has a huge vocabulary for all 3 languages. Retrospectively being on the spectrum has actually helped him learn the language. It may not have helped him with the confidence to actually use it but to learn the words I think it´s helped.

100% our biggest success so far is moving him to a multi-national school where he has thrived and become a completely different child. We have taken away that additional pressure of being the only foreign child in the school. The teaching method is perfect for him. I very much doubt he would have achieved so much in a traditional school learning parrot fashion.

Give your kids time. Don’t push them. You may think they are not taking everything in but they are. Make it fun.  Let them enjoy learning. Learn not just the language but learn about the culture, the environment of the country, the food etc.

What is some advice you would offer to families of children with autism?

How long have you got?? Be patient, be kind. Being on the autism spectrum just means they are different NOT less. There is a way to communicate with them, a way to get through,  but it´s up to YOU to learn how. It’s our job as parents to re-educate ourselves and not to try and force conventional education methods upon them. Most of all just keep trying and never give up. I was told my son would never amount to anything. That he would never have any friends and always be dependent on me…….but he goes to a mainstream school and is above average for the class. He speaks 3 different languages and has friends who he has made on his own (not just class mates). Frankly, he´s doing better than I was at his age. So I ask myself…who is the more ´normal´ child?

Whichever language they want to learn. You´ll never master a language if your heart is not in it

I’m Nina, a full time mum to the most inspirational and amazing boy of 7 who lives on the spectrum and a scatty rescue pup. Alongside being a Mum, I have built my own successful Pinterest Marketing and Strategy business helping other fempreneurs and working Mums uplevel their business and skyrocket their website traffic. I like the simple things in life….a couple of hours at the beach, a good book, a cheeky glass of sangria, a long walk in the forest just me and my dog or just mucking about at the park with my little man. For me that is where it´s at, and that´s what life is all about. You can find out more at https://www.facebook.com/ThePinningWheel/