**(as) means alayhis salam – peace and blessing be upon him

These two acts still exist today when a Muslim performs the obligatory Hajj piligrimage to Mecca. Today being the 10th of the month of Dhul Hijjah or the third day of Hajj, people go to Mina, a small city outside of Mecca and throw pebbles at one of the three stone statues called Jamarat. Here they offer their sacrifice of either a cow, a sheep, a goat or a camel and then the men have their hair shaved. After their sacrifice, people travel to Mecca and perform tawaf, circling around the Kabah seven times then they return to Mecca.

The pilgrimage takes places over a period of five days. I will be sharing the Hajj journey in another post, along with the activities I planned for my kids in order that they may understand more about one of Islam’s five pillars or duties of a Muslim.

At the moment, we don’t have special plans for this year’s Eid, it seemed to creep up on us at an alarming pace.  We did however, color these pictures (see below) to hang up around the house. 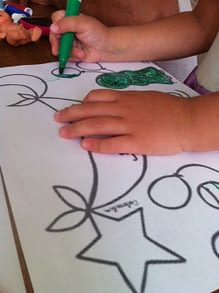 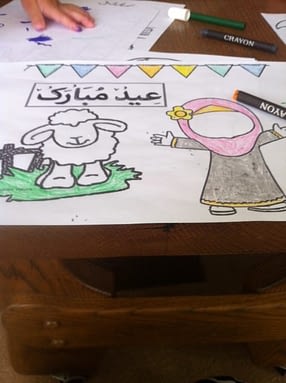 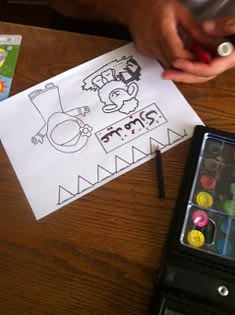 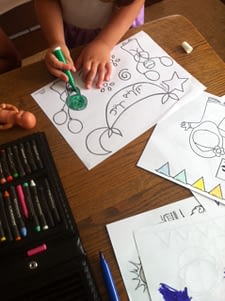 The above coloring pages can be found at :

If we have time later today, we may decide to do some of these hands on craft ideas.

If you have Muslims in your neighborhood or in your family, don’t forget to wish them a Happy Eid !

Sharing our love of languages and adventures through home learning activities, language learning, and religion.