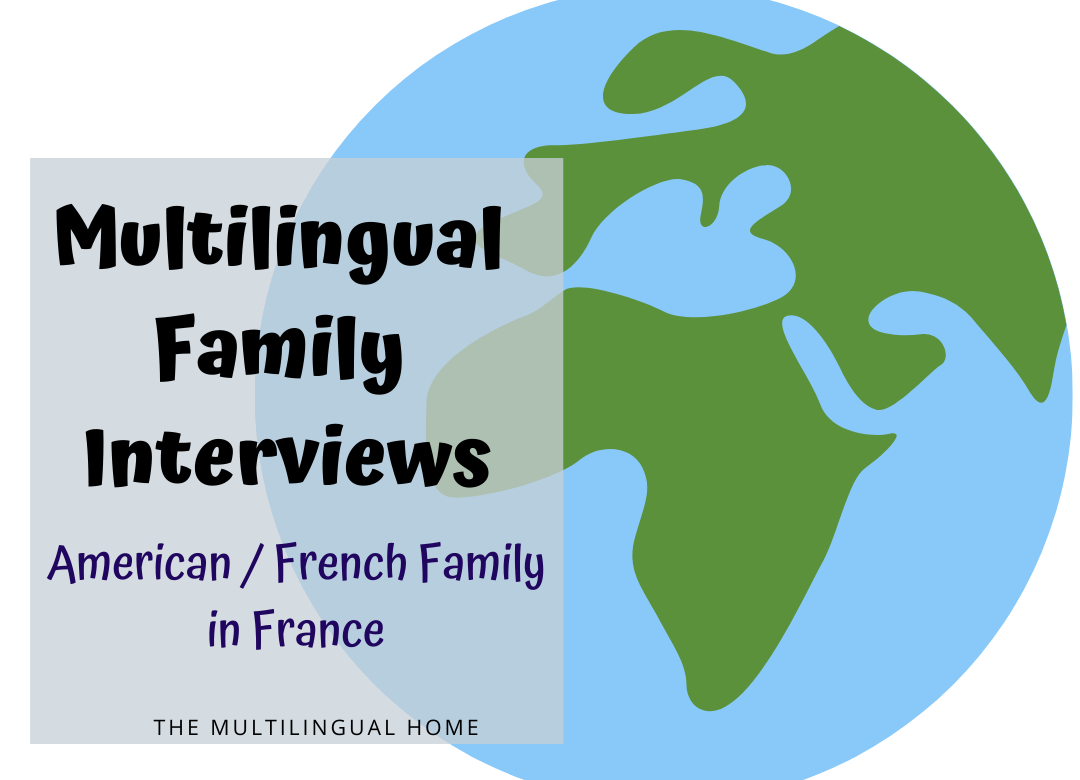 My name is Kelly Bostrom Robic, and I’m an American living in France with my French husband. We’ve raised two bilingual, bicultural children who are now at university. Our daughter is in Paris and our son is in New Mexico. English is my mother tongue and I speak fluent French.

I work as an English teacher in several schools and in a private program, so I speak both English and French all day. When we’re together, my children speak to me in English and in French to my husband. It’s a crazy mix of both at the dinner table! When they were toddlers, listening to them chatter was a bit bizarre. I often thought, “These are my children, and I don’t always understand what they’re saying.”

We stayed with the one person, one language (OPOL) approach with our children and that seemed to work well for our family. Our children attended regular French public schools until they were in grades CM1 and 6e. At that point, we moved to Fontainebleau and they attended an international school where they took both French and English at a native level and took as many as two other languages at a time. They each graduated with an Option International Baccalaureate (OIB) diploma.

I’ve never homeschooled my children, but I was always conscious of how much exposure they got in their minority language. Our son was born in a German-speaking country so I played cassettes and videos for him in multiple languages from birth. We moved to New York when he was just eight months old. At that point, I began focusing on finding materials in French: books, toys, games, music. Later when we moved to France and our children were nearly ages 4 and 17 months, I did the reverse and focused on English materials. My son even asked to watch a cartoon he knew from the US in German. He didn’t care, because he liked the character.

Watching them hop between the languages was a bit mind-spinning when they were younger. They did something typical of bilingual children: they’d begin a sentence in one language and throw in a word or even finish the sentence in the other. But I’d read about “code-switching” and knew not to worry. And later, yes, they did sort it out. Now, people often remark they wouldn’t know they spoke another language when they hear them. They are full native speakers in both languages with correct accents and pronunciation.

But like any learner, there is always new information to take in. I find myself teaching them new words on a regular basis, even though they are now 17 and 20 years old. I have never gotten into the habit of speaking French with them. I couldn’t speak it well when they were younger anyway. But now that I can, I have not retreated from English because they still have vocabulary to acquire and it wouldn’t be natural for me to switch to French after all these years.

I would definitely recommend parents to continue with the method they’ve chosen for their children, and help those around you understand the decisions you’ve made so that everyone is on the same page. This is a conversation you can have before your children are born and continue to have later as your child’s language evolves. There was a point at which I was pressured to make the switch to speak only French around some non-English speaking family members, but I explained why I continued as I did, even in their presence and they understood my reasoning. I think it’s fair because we don’t use the language as a secret method to talk about them behind their backs and we offer to translate if something needs to be communicated. I also explained how well I knew how they felt hearing conversations and feeling left out, as there had been many years where I’d sat through family dinners with little to no translation and later I’d watched as they spoke rapidly with my children and I didn’t expect translation or repetition at my speed.

Now that I’ve been teaching English as a Second Language (ESL) for over 14 years, I’m often asked for advice on what I’d suggest parents use to teach their children English. My favorite go-to site when my kids were little was Starfall.com. It’s for homeschooled children with a focus on reading. Both of my children learned to read with it. Here are some other resources I would recommend as well:

www.mes-english.com (to make worksheets and flashcards)

www.esl-kids.com (to make worksheets and flashcards)

When I can’t find something I like, I just invent it! You can find many original materials on my sites, and these are songs and activities that have been tried and tested in my classrooms. Lately, I’ve started a YouTube channel that’s mostly for short videos with me and my dog, Lucky. I make short bits of under 5 minutes with lots of words that are simple or transparent for French learners. He’s a ham!

There are some short vocabulary videos too. In addition to my YouTube channel, I have two web sites where I share what I am doing and help people who want their students or children to learn English:

My materials are available (some are free or for purchase) on the following sites:

https://wow.boomlearning.com/author/learnenglishwithlucky (over 60 games for preschool to adults!)

I hope you’ll stop by and take a look!

Round-up Post: What does a a Multilingual Family Do Every Day

Letter to the Mother of a Multilingual Child 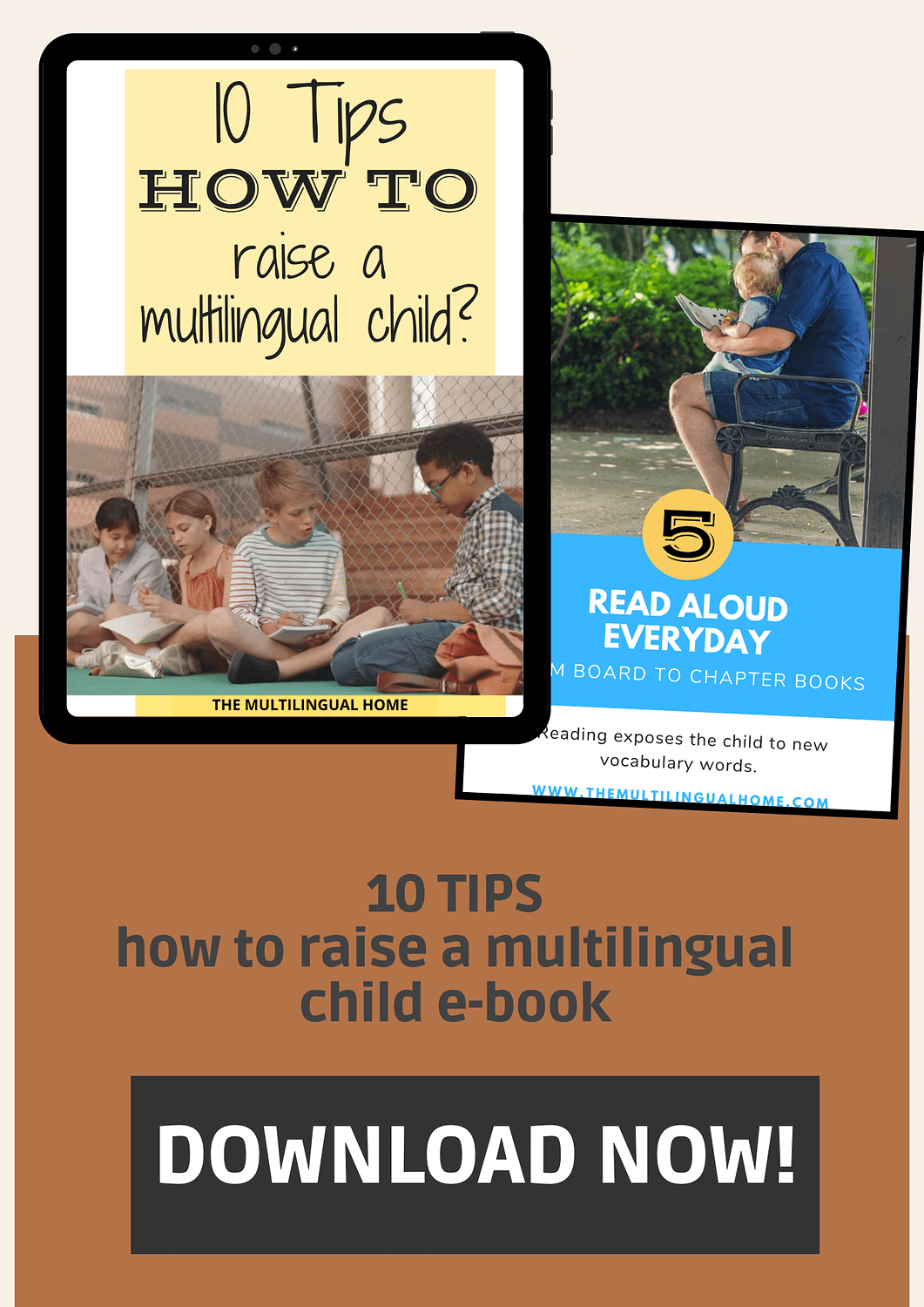