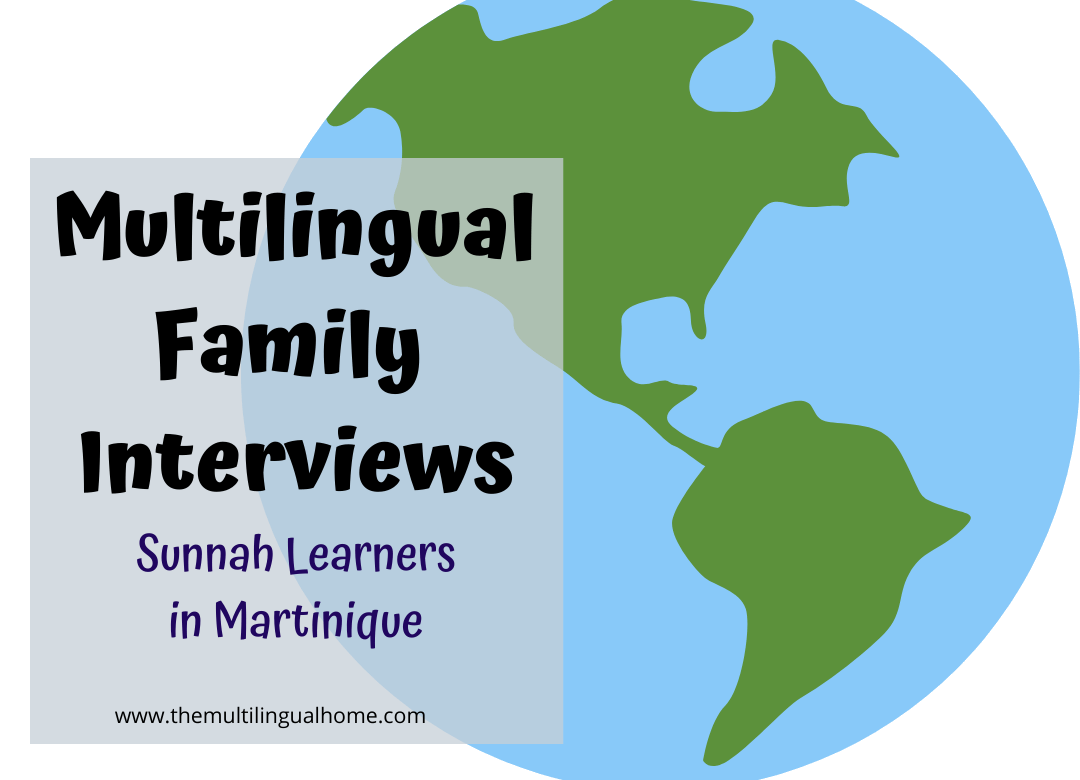 Info : Each month we will share an interview of a multilingual family around the world. The interview will share their story as well as their challenges, successes, tips and advice. If you would like your family to participate in an interview, please contact us here.

As salaamu alaikum wa rahmatulahi wa barakatuh ! I’m Sister Aakifah! I’m a Midwest -southern country girl from Saint Louis, Missouri, USA! I’m a mom to seven little and big Muslims- ages, 17, 13,9,6,4 and a set of twin girls born at 33 weeks July 2017. I’m the wife of a French Caribbean farmer, currently living in the Lesser Antilles -Martinique. I’m a minimalist and a lover of Islam, poetry, vegetarian food, art, books, historical and scientific lectures, and going green! I’m an awesome thinker as well! (Very well rounded with rebuilding and creating things, fixing things, and fidgeting with things!) We’re a biracial family mixed with African American, Hispanic, Caucasian, French European, and Afro Caribbean- yea we’re totally culturally accepting! I’ve been home-schooling Full time since 2012. But before I worked as an Early Educational and Kindergarten Specialist and Management in Businesses.-Particularly Culinary Arts and private educational corporations. I reverted to Islam in 2010 after a life changing event, Alhamdulillah! My husband and I are both the only Muslims in our families- it’s been a hard and wonderful experience- alhamdulillah for everything.

My native language is American English (a unique accent of hurr and derr instead of here and there!), but I can read, write and understand all the other Anglophones just as well. I studied Spanish, American Sign Language, French, and “Old English” in high school and college. I currently only use ASL, French, and English. My husband speaks French, Creole, and Spanish.

French, English, and ASL. We’re all learning the Arabic language slowly but surely, as this is the language of the Quran and Ahadith.

I sure do!  I make sure our children are using a good and useful amount of French daily. We have agreed that it’s important for my husband to speak only in French, and I speak only in English and Asl. We blend the two languages by using ASL- for example using the sign for apple in both French and English conversations helps give the kids a bit of a visual cheat sheet when using both languages.

Everything in our day is on a schedule chart. What we learn in English, we go back and do again in French. For example- If we’re learning about sentence structure in Language Arts-grammar, then were also learning about sentence structure in French (“Grammar- La phrase, la punctuation…”) same goes for math, science, and history. The exception is when I teach them art and health- Although I always manage to find French in every subject! Languages are amazing!

Time and outside social conversation. Time is like an illusion. It doesn’t seem like we have any. I’m changing our schedule around because the twins have their needs as well. Definitely time.

I’ll say …the ASL along with the languages. The kids are doing very well with translating words between the languages. When they get stuck all they have to do is use sign language to remember the meaning. It’s like the addition symbol in an equation. Imagine having 5 + 2 = ?

Its way better seeing 5 + 2 =? The sum makes more sense with a little added direction. – The Idea to use ASL was actually an awesome idea, Alhamdulillah! They learn so much faster!

Ha! What don’t we talk about?! We talk about everything Legos, Caribbean food, Soul food, halal, haram, the difference between biscuits in America and here, pets, France, arachnophobia, Trump, Macron, CNN, Books, America, jinns, angels, you name it!

We have travelled throughout the island – the kids certainly hear the languages- grocery shopping, at the masjid, the bakery, other children outside, etc. But it really is hard to find a socially appropriate events- carnival is not for kids! So we tend to do films-movies (Little Pim Français, beauty and the beast en francais, etc) online games, and tools (pbs kids, learning with zaky, learning roots, khan academy, other cd roms and apps) , and books comparisons- for example between the English and the French version of books– Judy moody , Of Mice And Men and One Fish, Two Fish, Red Fish, Blue Fish- this is my favorite way- I absolutely love the discovering differences and new words-it’s really entertaining for the kids to see the books they love in English, also found in French!

Don’t give up! Work hard every single day! Label your home, read books, and make posters! And most of all- remember you can always change your routine! No two children are the same and a child at five will be different at the age of 10. If it doesn’t work one way, try another- Just don’t give up.

Little Pim (they have them in various languages) –

And Arabic Without Tears

Arabic- It reminds of both English and French- the rules are closer to French- and the pronunciation seems closer to English phonetically. Plus you would be able to read the Quran and socialize with a wider range of people! Imagine the beauty of being able to break down Arabic. It’s like poetry in it’s own. 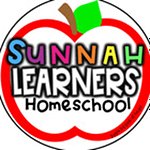 Sister Aakifah has a Teachers Pay Teachers store, some of her printables are free and bilingual in French and English or English and Arabic. She also has a blog where she shares homeschool resources. She has been a big motivator in my homeschool journey.